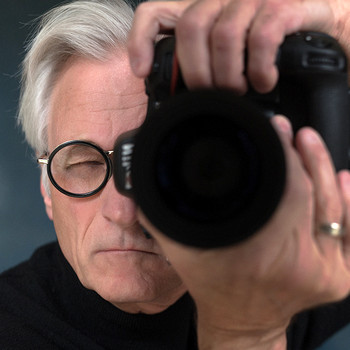 My serious interest in photography began during the Vietnam War. While stationed in Southeast Asia I purchased my first good camera and read the directions, which said, "load film, start business". So after a four year stint in the Air Force, that's exactly what I did. Like many, I was mesmerized the first time I saw a black and white print come up in the tray. It's many years later, and I'm now mesmerized by the almost unlimited possibilities of photography in its current incarnation.


But technology aside, nothing is more important than light and developing the ability to "see". A wise man once said "a photograph is nothing more than a picture of light". And he was right.


There's an expression, a phrase, that's been around photography for a very long time. It's actually the answer to a question. The question usually comes about when someone is viewing what they consider to be an especially impressive photograph. The question goes something like, "how did you do that?" or "what camera did you use?" or "what lens and f-stop?". The answer is always the same. "F8 and be there". Actually the "F8" part doesn't really matter. The "be there" part is what really matters.


It's easy getting comfortable in our lives. The big-screen TV, the computer, the phone, yadda, yadda, yadda. But here's the trick. Get up. Put on your coat. Grab your camera and go. Be there. Be where the light is. Wait for it to do something interesting. And then push the button.